Skip to content
Home
Uncategorized
On the Trend of Classics Retold

On the Trend of Classics Retold

Many of us have probably noticed the recent phenomenon of classics remade and retold in various forms. From pop artists re-recording old standards to live-action versions of just about every Disney Renaissance film, this trend is basically impossible to escape — and modern literature is no exception.

But when it comes to remaking written works, you can’t just slap on auto-tune or a sparkly new cast. You have to tell the story from a fresh perspective, in your own words and style, with some kind of compelling twist.

Which is exactly what many authors have been doing — or at least attempting — over the past few years. Some have been more successful than others: Ahmed Saadawi’s Frankenstein in Baghdad, Curtis Sittenfeld’s Eligible, and Madeline Miller’s Circe stand out as particularly nuanced retellings, more than worthy of their source texts. Others, like Pride and Prejudice and Zombies and Jane Slayre, have gained popularity by combining the seemingly incompatible nineteenth-century romantic novel and supernatural slasher fiction — not exactly subtle, but they’re certainly entertaining. Still others rehash tired fairytales and fables, failing to provide engaging narratives and ultimately making you wish you’d just reread the original Hans Christian Andersen in the first place.

Yet the question at the heart of this trend is not how so much as why. Why, over the past decade or so, have retold classics become so much more produced among authors, and popular among readers? What element, or elements, of the zeitgeist do these retellings reflect?

The first and most obvious driver behind the trend of retellings is none other than the potent force of nostalgia. We can’t help but feel nostalgia, both for our own pasts (the first literary classic we read and loved, wishing we could go back and newly experience it all over again) and for past society (we romanticize various periods in history, despite knowing logically that we would not like to live through them).

Retold classics not only fulfill these longings, but allow us to justify them, citing the “new twist” in the story as a point of intrigue. After all, no one wants to be stuck in the past; most of us recognize that nostalgia is more or less untenable, since you can never actually return to another time. Luckily, reading about Jane Eyre as a vicious zombie slayer isn’t just an act of pure, unadulterated nostalgia. Rather, it’s mixed with imaginative whimsy, a sense of not taking the past too seriously. Many retold classics simultaneously indulge nostalgia and poke fun at it — which is exactly the balance that many of us need in order to maintain a healthy relationship with our own.

Another possible culprit for this trend is lack of originality, though that seems like a heavy accusation to levy against some of the most gifted writers of the twenty-first century. For instance, Curtis Sittenfeld penned four bestselling original novels before her Pride and Prejudice retelling, Eligible. Perhaps a more generous take on this theory is that writers understand just how great these classics are, and want to make them more accessible and engaging to the general public. After all, most modern readers would be much more interested in a novel about a dating show called “Eligible” and five dysfunctional Cincinnati sisters than in a 200-year-old novel of manners.

And though adding vampires, werewolves, and angels can often seem to cheapen original literary classics, supernatural and paranormal retellings undoubtedly attract a wider audience, introducing readers to works they might otherwise never have never picked up. Stacey Jay achieves this beautifully with her Romeo and Juliet retelling, Juliet Immortal, in which the titular character turns on her former lover to fight for the souls of the innocent.

In a similar vein, there’s the argument for greater inclusion and representation on the pages of the books themselves. Recent classic retellings such as Sarah Benincasa’s Great (a Great Gatsby retelling) and Claire O’Dell’s A Study in Honor (based on the adventures of Sherlock Holmes) prominently feature female characters, LGBT characters, and characters of color that are sparse or completely absent in the source texts.

As an added bonus, these works tend to have quite creative plots, in order to incorporate whatever element is missing from the original classic. For example, in Great, Nick Carraway becomes Naomi Rye, an awkward outsider thrust into the glitzy world of the Hamptons for a summer. She befriends her mysterious next-door neighbor, fashion blogger Jacinta, who’s famous for her parties… and fixated on a fellow Hamptons resident, the beautiful, enchanting Delilah.

Yes, you can see where this one’s going. But though readers may already be familiar with the general trajectory of the plot, Benincasa’s relocation, modernization, and LGBT-ification of The Great Gatsby still create a sharp new narrative for them to enjoy.

And when it comes to creating something new, there’s no more compelling reason to retell an old story than for the source material to be frustratingly scant, in which case the classic simply begs to be expanded and elaborated. Admittedly, this is different from “retelling” — a more appropriate verb might be “transforming” — and requires a more thorough process. But that just means it’s resulted in some of the best iterations of this trend.

So for all those reading this and hoping for a categorical recommendation, here it is: read expansions rather than outright retellings. Because while retellings can be wonderful, expansions are where authors rise to meet their greatest potential, and where readers get to experience something truly unexpected.

The Red Tent by Anita Diamant is one such masterpiece — a vivid reimagining of the life of Dinah, who’s only allotted a few lines in the Bible. The Song of Achilles and Circe, both by Madeline Miller, are works of the same supreme caliber; as a classicist of twenty years, Miller has used her expertise to make these novels uniquely lush and immersive, accomplishing something totally unprecedented in the field of Greek mythology. 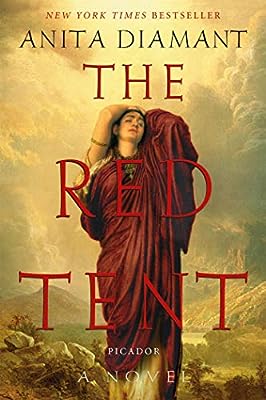 Indeed, considering the vast and brilliant range of retold classics, perhaps the “why” doesn’t matter quite so much after all. Thought it’s always a good exercise to think critically about such works, all that truly matters is that they exist, and we enjoy them — literally, time and time again.